Skip to content
Dr. Carolle > Blog > Forgiveness > On Being Nurtured by Nature 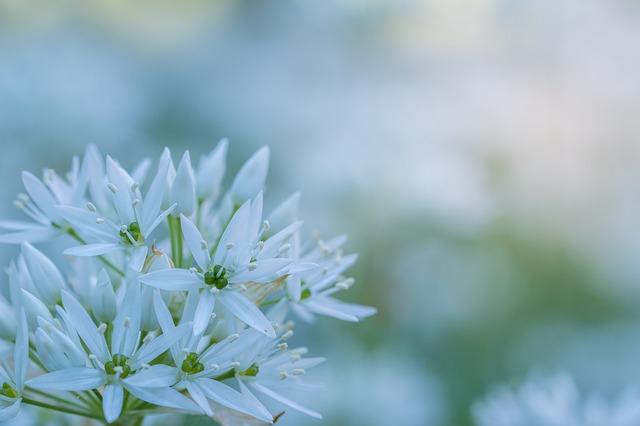 Since 1999, I have been making many trips to my native country of Haiti, along with a team of volunteers. We provide free medical care and coordinate projects for the children. La Vallee de Jacmel is a small town nestled in a chain of mountains, overlooking the Caribbean Sea, in the southeastern part of Haiti, about 3,000 feet above sea level. There is something magical about the sky, the clouds, the gentle winds, and the calm sea far away.

During my visits, I spend long hours at the hospital, and with the children. In the evenings, I meet with village leaders to prioritize the few resources we bring to share. One night, I went to bed around midnight, wondering if I would have the strength to accomplish all I had scheduled the next day. I awoke after only a few hours of sleep. I went to my balcony, overlooking a cliff. While everyone else slept, I sat and communed with nature. No lights disturbed the night, as the generator only operates between 6 and 9 in the evening. As my eyes adjusted to the light, I saw stars all around me, millions of them. It felt as if I could just reach up and touch them.

I remembered the days of my childhood, so full of dreams that I wished they could all come true. Overwhelmed by my tiredness, and the beauty that surrounded me, I began to cry. The tears were about my own suffering, my pain, the living conditions that surrounded me, and thoughts of the demanding day ahead. But my soul was fed by the joy of being able to witness this beauty.

I returned to bed and fell deeply asleep. A familiar noise awakened me with a start. It was a rooster, melodiously welcoming me to the morning. Other roosters joined in, and soon it was an orchestra. I ran to the balcony and saw the most beautiful vision. There was no sign yet of the sun. Little by little, the dark blue sky brightened, until the sun appeared majestically at the horizon. The coconut and fruit trees could no longer hide. The donkeys joined the roosters’ orchestra. The brighter the day became, the stronger I felt nurtured by nature.

In July 2000, while on a book tour in New York, I experienced a series of panic attacks. It was at a time when I felt that everything was crumbling around me because of the difficulties of having a private practice and all the efforts that it entailed. I also had no strong spiritual connection to fall back on. I learned that spending time in my garden was one of the best things I could do for myself.

I was lucky to have a house with a half-acre of flat land that could be transformed into a garden. I wanted to break the cycle of pouring my energy, as we say in Haiti, into a panié pèsé – a colander, as I had been doing in my private practice. I wanted to plant things that would come to life the next spring and summer. I was soon becoming a master in composting, mending soil, planting etc.

I was on a roll; so I took classes, bought gardening books and learned about full shade, partial shade, and full sun trees, ground covers, bushes; deciduous trees, long stem roses, climbing roses, succulents, and cacti. My best friend and walking partner Laurie and I toured the Water Conversation Garden at Cuyamaca College, not too far from where we lived, learning about water-wise gardening, xeriscapes, irrigation with a drip system versus sprinklers. I also joined the San Diego Rose Society and would take time to fix delicious Haitian food to bring to their monthly potluck meetings. These meetings took place at a member’s house that had a huge variety of roses to die for! I also spent time at Balboa Park, the nation’s largest urban cultural park, with over 1,200 acres and year round wonderful weather. I visited the Inez Grant Parker Memorial Rose Garden, orchid displays, the Zoro garden designed as a nudist colony during the 1935 California-Pacific Exposition, and now a butterfly garden, the Japanese Friendship Garden with winding paths, a Zen garden for meditation, koi ponds, and a bonsai exhibit.

Once, I read the following quote by Rev. Dr. Martin Luther King Jr. “Even if I knew that tomorrow the world would go to pieces, I would still plant my apple tree.” I bought a five-gallon Gala apple bush and planted it on a Thursday, a day I would have been in surgery. To me it was a symbolic gesture. My garden gave me a connection to nature and a beautiful balance with work as well as fruits to eat.

One day while working in the garden, I witnessed something wonderful. A dozen small birds were playing a game. Each bird stood on the ground, about a foot away from the next one. Close to my fence is a 12-foot hedge, and one by one, each bird flew straight into this hedge, hitting it head-on. Some birds reached the top, some only the middle. They lost themselves within the foliage, screaming and screeching. When they grew tired, they flew back to the ground. Then, the routine began again.

It is not uncommon now when I am feeling down, and as I sit in the garden, to have birds that are perched on a branch not too far away from me. As they are swayed by the gentle breeze, it seems that they are looking straight at me to remind me not to worry; that everything will be ok.

The creatures of nature can remind our spirits to play, be at peace, and surrender.

Regardless of what may be happening in your life that is causing you to stress, please find time to be in nature. It does not have to be in a forest, a park, at the beach, or in a big garden; it could be something as simple as looking through your window and watching birds and clouds passing. The ability to find whatever it is in nature that brings you peace, and do it, or observe it, as often as you can, is a true blessing. And it’s free! 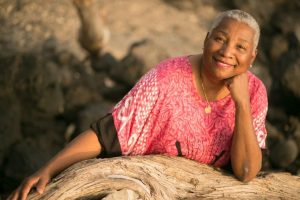 >> Advisor to healthcare executives who want to promote quality, compassionate and personalized healthcare 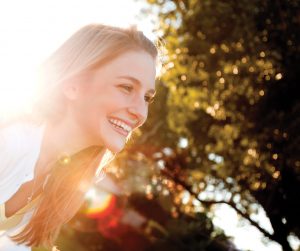 Get My New Book Here! 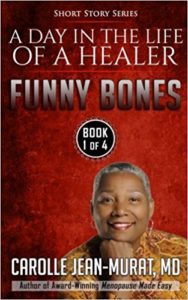 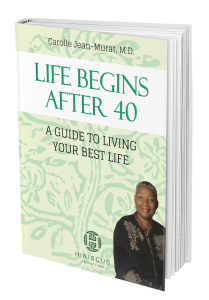 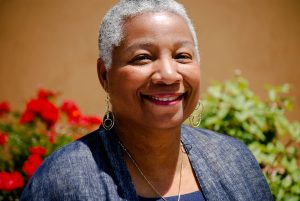 We are all yearning to find inner peace and live our lives in perfect balance – mind, body and soul. It does not have to be difficult!

If you need a second opinion or feel stuck and need directions in any area of your life, I can help you. Over the past three decades, thousands have trusted me as a physician, counselor, healer, confidante, sister/friend, and surgeon with excellent results. 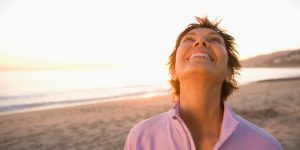